Many winners of The Bachelor, for example Estella Gardinier, used some of the primetime dating strategies described here. Of course finalist Kelly Jo Kuharski used some of them too and lost to Estella.
NB: These do not necessarily apply to non-TV dating! Use at your own risk!

This essay was written about Alex Michel when the idea of simultaneously dating 25 people who all live together seemed new, uncharted, even fantastical... It was published in the New York Times "Week in Review."

THE wildly popular television show "The Bachelor" has revived a debate that has preoccupied every fifth-grade class since the Stone Age: is it better to throw yourself at a guy you like, or just to ignore him?

Alex Michel, ABC's idea of a good catch, dated 25 potential wives on camera -- a daunting task. As one contestant said, "He didn't even know who I was till I made out with him!" But Alex, a management consultant, persevered, handing roses to the women he wanted to keep dating. His two fiancee finalists were Amanda, an event planner from Kansas with artificially enhanced breasts who boasted in an early interview that she kept a trapeze in her bedroom; and Trista, an enigmatic dancer for the Miami Heat basketball team.

Ultimately, as 18.2 million households tuned in to the April 25 finale, the bachelor had to choose between two fantasies: the available woman and the mystery woman, the one who pursues what she wants and the one who is pursued. He decided not between two blondes, but between the sure thing and the thrill of the chase.

And don't men love the thrill of the chase? Wasn't that the message of "The Rules," the 1990's best seller that counseled avoiding premature amorous confessions or sex? Amanda disdained this approach and launched into a final love proclamation to Alex in a Jacuzzi.

In his last encounter with the more Rules-abiding Trista, Alex forced her to lower her guard and confess her feelings. She said she would fight for him and was falling in love, that she would say yes to a proposal. He told her "You're the one." The next day, he dumped her anyway.

Later he showed Amanda a diamond ring. He said he bought it for her but wouldn't give it to her yet because he wanted to get to know her better and invited her to move to California. The anti-Rules girl had prevailed.

Or had she? As devotees of the Rules would point out, Amanda didn't technically get the ring -- she was merely asked to move in. Still, her victory upended the traditional notion that men like elusive women, suggesting a more radical proposition: that men like women who like them. Men even like to be courted -- which bodes well for the sequel.

Yes, ABC is now casting for "The Bachelorette." The network will have to decide whether to repeat the formula: should they get a babe with an M.B.A. and surround her with men who don't earn quite as much as she does? Will she get to do as much necking as the bachelor did?

As "The Bachelor" ended, 23 of the rejected women gathered for a reunion. They smiled as they watched their moments of tears, cattiness and hyperventilation on screen. They spoke in smooth talk-show cadences about how fun it all was and maybe even a valid way to meet someone.

The girls learned what the boys will soon find out. Dating on TV isn't easy. The camera adds 10 pounds and it's the one who holds the roses who gets to play the games. Male or female, that person does not want to be played.

OF course, the show will be different. The bachelorettes downplayed foreplay, while the bachelors might exaggerate it. And just as Alex surprised us, so might the male contestants. Imagine their reunion, reminiscing about Belle the Bachelorette, Ivy-educated executive and gourmet cook:

HOST: Mark, why do you think you weren't chosen?

MARK (COLLEGE JUNIOR): I love older women. But she said we were in different places in our lives. I guess she means I live in a dorm.

FRED (SALESMAN): It was hard sharing the mansion with all the guys. It was very competitive. I often thought one of them was going to hit me.

CHARLIE (CONSTRUCTION WORKER): We did hit you.

JACK (FASHION MODEL): I really connected with Belle. We use the same hair products. But I had trouble getting ready for the dates because some of the guys were hogging the mirror.

HOST: George, do you want to comment on your fight with Jack?

HOST: Jim, of the remaining two men, who do you think Belle will pick?

JIM (TEACHER): Adam tells her all the romantic stuff. But she's not sure if it's a line. Tristan has been more quiet. A little too quiet if you ask me. But I think she'll pick him, because he's a masseur.

HOST: Dan, when you didn't get a rose, you punched the wall. Do you regret doing that?

HOST: You had a nervous breakdown.

DAN: Nah, more of a meltdown. I'm calm now. I have a girlfriend.

HOST: You left a gap in the wall. 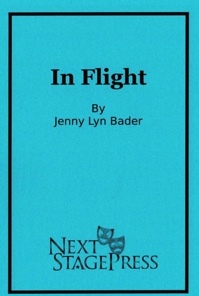