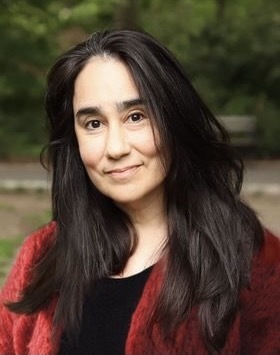 An Interview with Joseph Heller (5.23 MB)

From the archive: Jenny Lyn Bader interviewed Joseph Heller about his novel Picture This - click on the sound file above to hear a few snippets of their conversation... Just ignore the background noise in the restaurant. 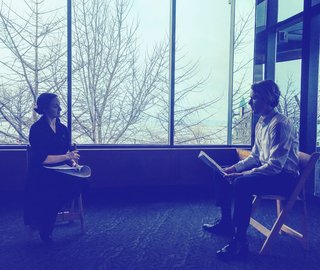 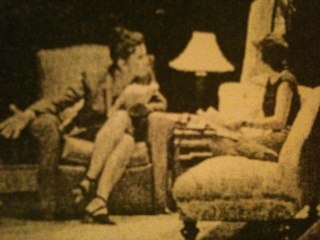 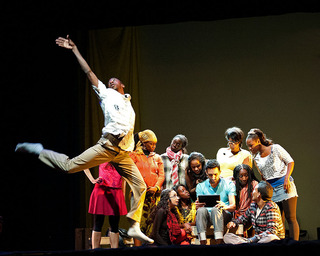 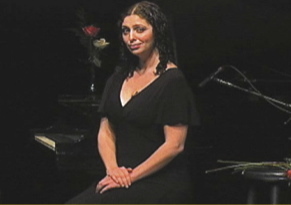 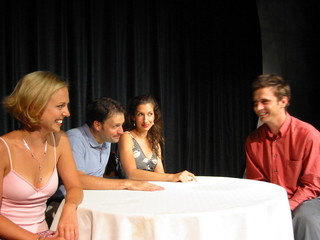 Now available from Next Stage Press: IN FLIGHT 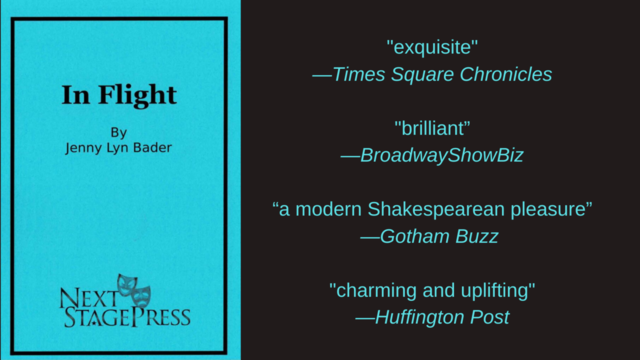 Now Published: "Inauguration," in She Persisted 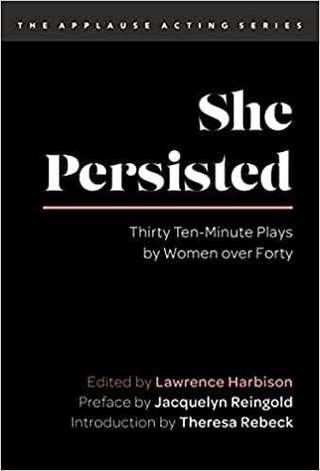 Now Published: speeches from Guru of Touch and Invitation to Damon, both in The Best Men's Stage Monologues 2021 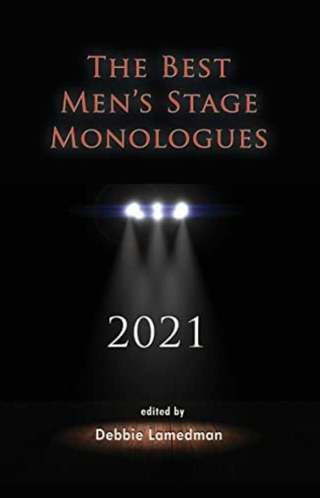 Now Published: "Meanwhile at the Pentagon," in Best 10-Minute Plays 2021 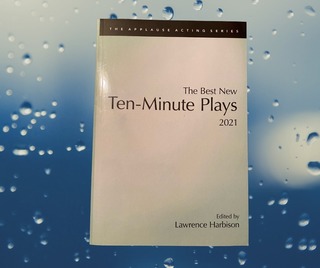 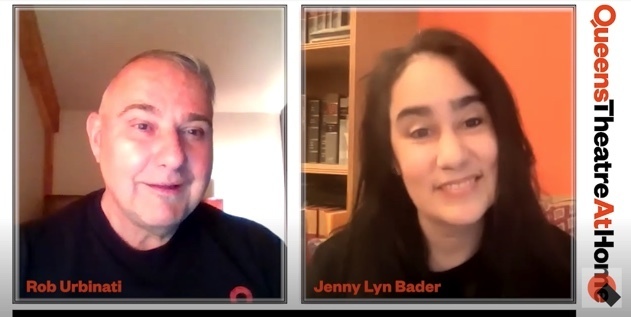 Available from DPS: None of the Above 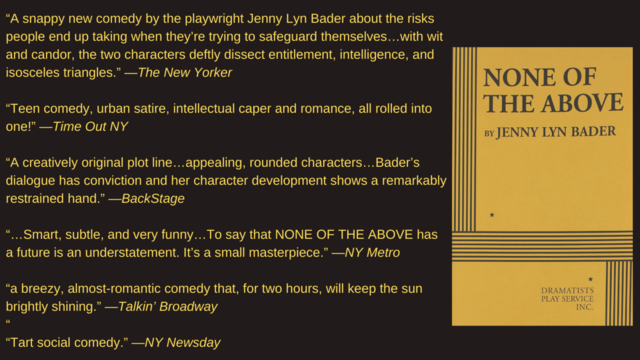 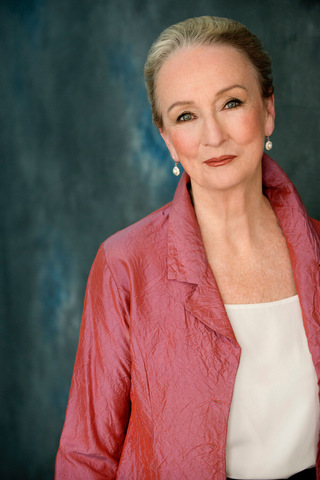 The audio play Tree Confessions,
starring Kathleen Chalfant,
premiered in the "Beuys for Future" International Exhibit,
at The Gallery for Sustainable Art, Berlin. It has since played in Australia and the U.S. It returns here on Jan 15-17 and then goes to the Living Record Festival in the UK, where it will be Jan 17-Feb 22.

In a new play,

Its words remind us that human beings and plants share one interconnected ecosystem.

We are not alone on this earth. 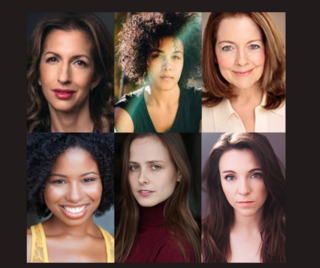 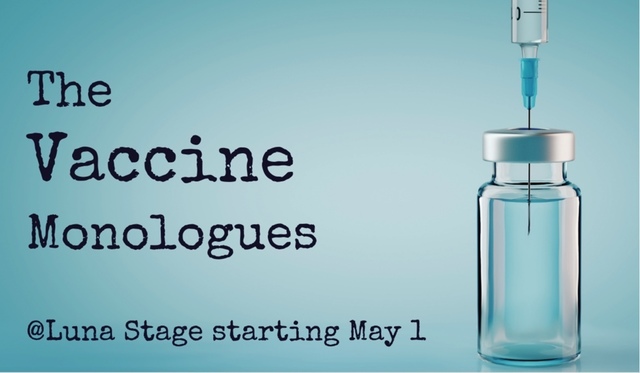 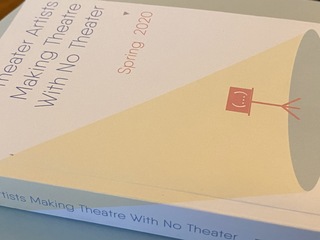 My short piece "Pandemic Lists" is in great company here, in a book that debuted at #1 in Dramatic Anthologies on Amazon: Theater Artists Making Theatre with No Theater

Now Published: "The Door Was Open"

In Plays International and Europe 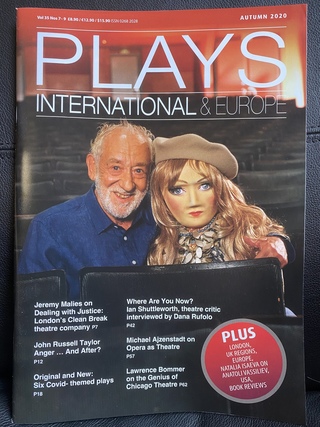 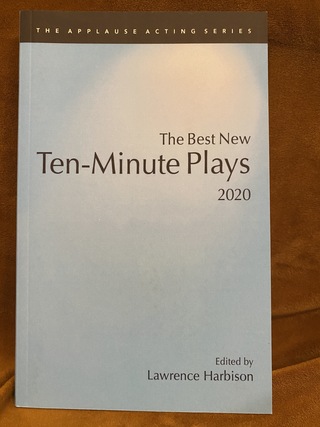 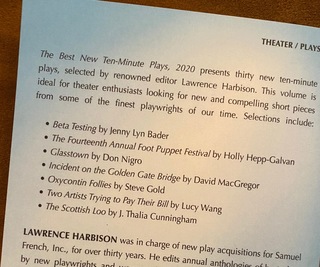 "Great ensemble and put together beautifully, My First Time will make you want to vote and to hope for better outcomes."
— MNN-TV

"Will inspire you to vote!"—6-second reviews 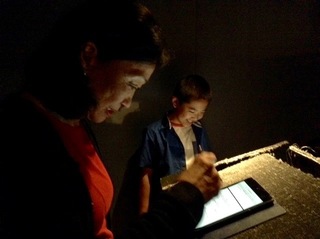 Tina Chen and Xiaozhou Xu
recording "The International Local"
The Subway Plays: Now playing on a device near you...

The International Local: 7 by Jenny Lyn Bader, directed by Erin Mee, is available on the app Subway Plays - click here to download: 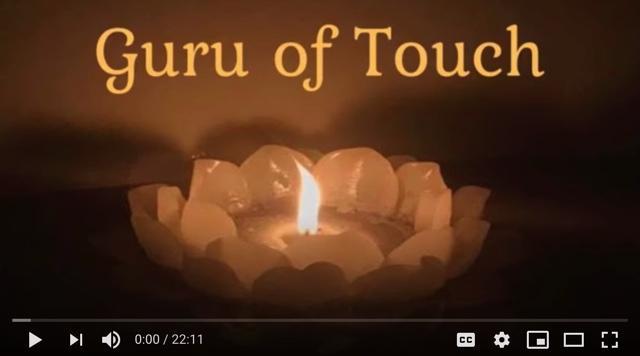 After its virtual premiere at Edinburgh Fringe, Guru of Touch (22 min.) had an extended run @TheSpaceUK's youtube channel. "A charming play with an excellent script and great performances. Go on — join the healing circle!"—British Theatre Guide

Watch this space for future reincarnations. Meanwhile you can watch the promo Trailer here 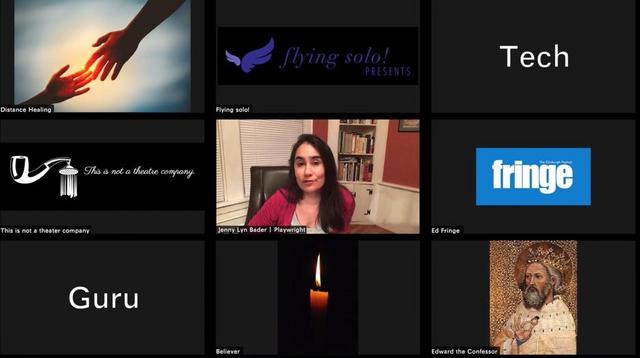 Returning soon: Play in Your Bathtub: An Immersive Audio Spa for Social Distancing 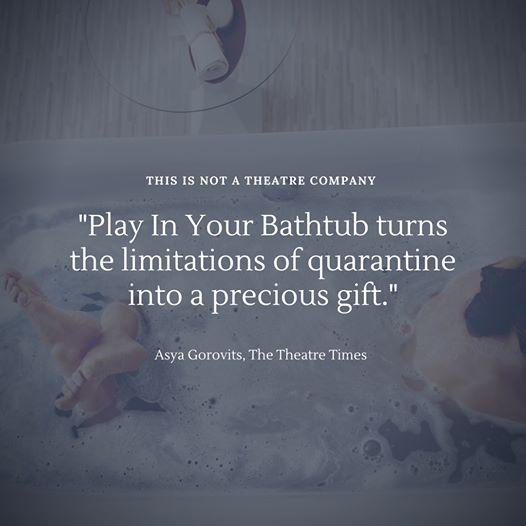 Free of charge and only half an hour, it's a play you can experience in your own tub —or a bowl of water will do — and provides an intermission from all the pandemic drama. It's been featured in "best live theatre to livestream"/TimeOut, streamed in bathtubs in 30 countries, and translated into Russian and Spanish. Created by This is Not a Theatre Company, Jenny Lyn is one of the co-authors. 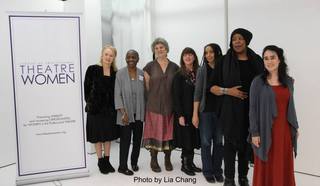 You can read about this League of Professional Theatre Women panel here. 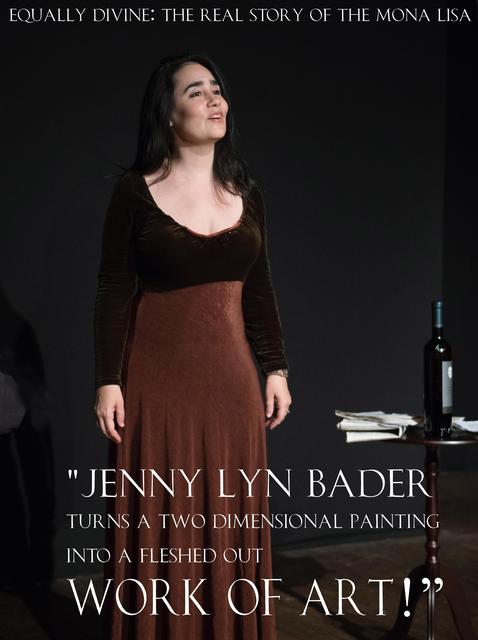 Due to pandemic, the last two performances of this run have been postponed until further notice. If you had tickets they will be refunded or rescheduled. The United Solo Festival/London performance that was supposed to happen in September has been cancelled. Watch this space for updates; meanwhlie, click on the photo to learn more about Equally Divine.

"An intimate, riveting revelation of insight and courage expressed in unexpected ways... providing optimism for the fate of the human race."
—Ruth Ross, NJ Arts Maven

"In a moment of intense polarization in our own political discourse, the play is more than a history lesson and a drama; it's also a dissertation on how to speak to another person across a seemingly impassable gulf."
—Johanna R. Ginsberg, New Jersey Jewish News

"This is a very worthy play and I won't be surprised if it makes the leap to New York City where I think it really does belong... When you go, see if you can guess who Mrs. Stern is.  It's in West Orange New Jersey, which isn't that hard to get to so make it happen!"
—Peter Filichia, Broadway Radio 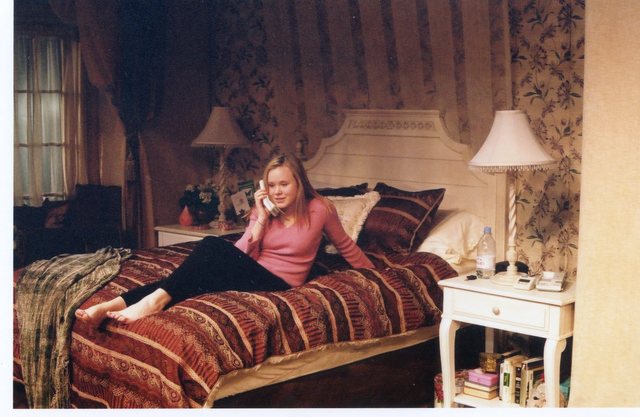 Alison Pill in None of the Above (New Georges), originally directed by Julie Kramer at the Ohio Theatre in NYC, now available from Dramatists Play Service 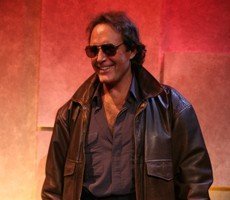 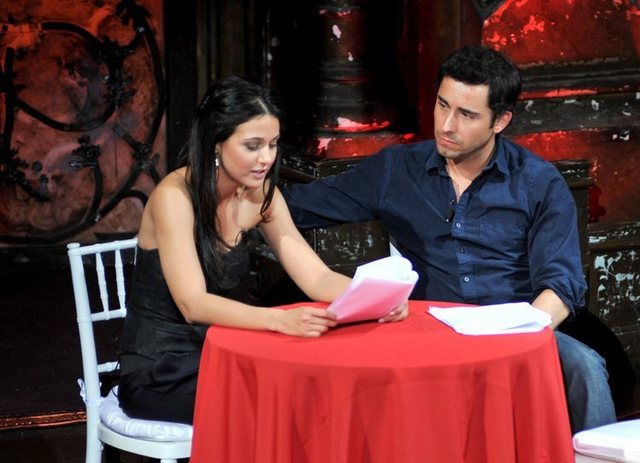 At the United Solo Festival 2019, she won the Best Documentary One-Woman Show Award. At the O'Neill Playwrights Center she received the Edith Oliver Award for the playwright who, in the spirit of the late New Yorker critic, has "a caustic wit that deflates the ego but does not unduly damage the human spirit." She is also the recipient of the Randall Wreghitt Award, a Lark Playwriting Fellowship, and an Athena Theatre Playwriting Fellowship. Her plays have been published by Dramatists Play Service, Vintage, Applause, and Smith & Kraus, where twelve of her one-acts appear in the annual Best 10-Minute Play series.

She wrote both seasons of the internet drama Watercooler (MSN) and has written scripts for Warner Brothers, NBC, and HBO, where she developed a pilot with Billy Crystal. Her essays appear in Next: Young American Writers on the New Generation (Norton) and other anthologies.  A Harvard graduate, she was a frequent contributor to The New York Times "Week in Review."

If you really want heaps more information about her, visit

the page of the Endless Bio!